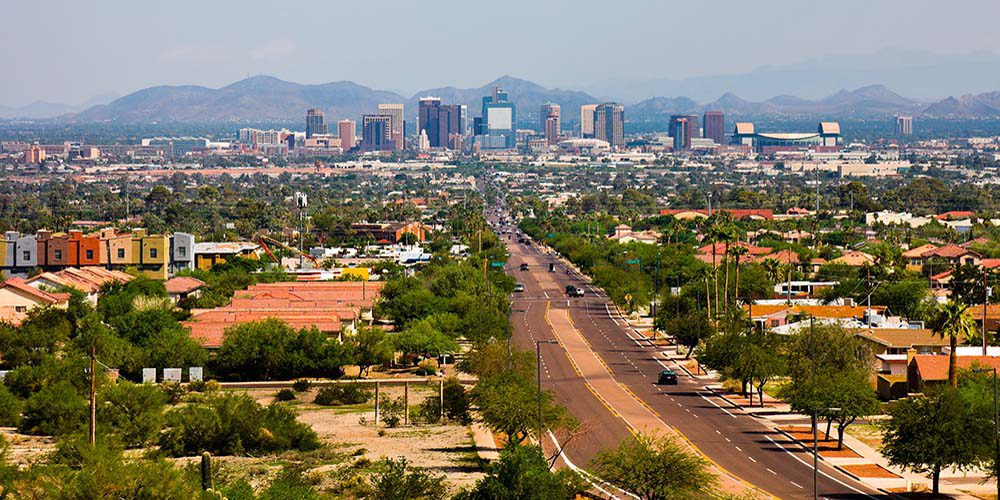 Phoenix is the capital and most populous city of the U.S. state of Arizona. Phoenix is the anchor of the Phoenix metropolitan area, also known as the Valley of the Sun, which in turn is a part of the Salt River Valley. The metropolitan area is the 12th largest by population in the United States, with approximately 4.3 million people as of 2010. In addition, Phoenix is the seat of Maricopa County and, at 517.9 square miles, it is the largest city in the state, more than twice the size of Tucson and one of the largest cities in the United States.

The city has numerous performing arts venues, most of which are located in and around downtown Phoenix or Scottsdale. The Phoenix Symphony Hall is home to the Phoenix Symphony Orchestra, the Arizona Opera and Ballet Arizona. The Arizona Opera company also has intimate performances at its new Arizona Opera Center, which opened in March 2013. Another venue is the Orpheum Theatre, which is home to the Phoenix Opera. Ballet Arizona, in addition to the Symphony Hall, also has performances at the Orpheum Theatre as well at the Dorrance Theater. Concerts also regularly make stops in the area. The largest downtown performing art venue is the Herberger Theater Center, which houses three performance spaces and is home to two resident companies, the Arizona Theatre Company and the Centre Dance Ensemble. Three other groups also use the facility: Valley Youth Theatre, iTheatre Collaborative and Actors Theater.

Find Your Way Around Phoenix