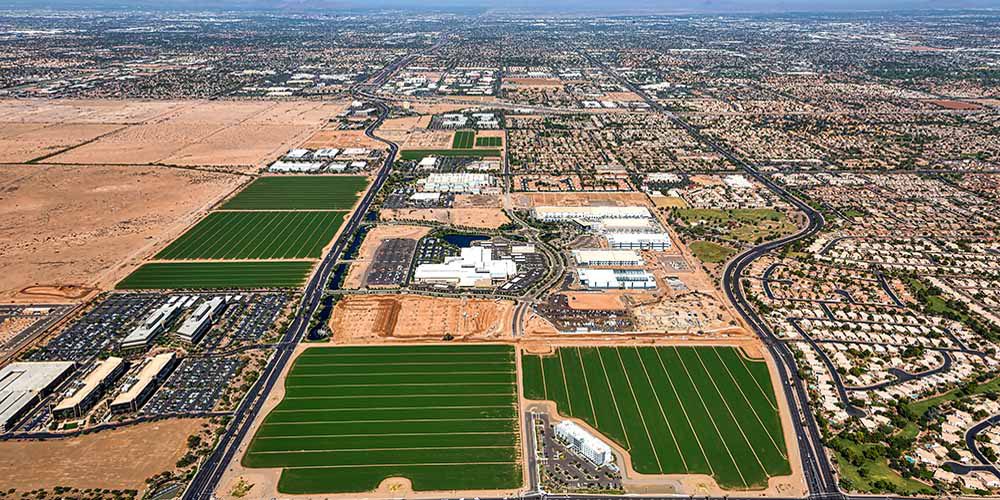 Chandler is a city in Maricopa County, Arizona, United States, and is a prominent suburb of the Phoenix, Arizona, Metropolitan Statistical Area (MSA). It is bordered to the north and west by Tempe, to the north by Mesa, to the west by Phoenix, to the south by the Gila River Indian Community, and to the east by Gilbert.

Chandler is noted for its annual Ostrich Festival. Initially, agriculture was the primary business in the city, based on cotton, corn, and alfalfa. There are numerous properties in the town which are considered to be historical and have been included either in the National Register of Historic Places or listed as such by the Chandler Historical Society. On May 8, 2013, KaBOOM!, a national nonprofit parks and recreation advocacy organization based in Washington, D.C., announced that Chandler was a 2013 Playful City USA community, marking the sixth consecutive year the city earned the distinction. Chandler was recognized for taking an innovative approach to making play a priority throughout the city with its many recreational amenities, parks and aquatic centers.

Most of the city is served by the Chandler Unified School District. The two-year Chandler-Gilbert Community College, serving 13,000 students, is located in the east of the city near the Gilbert border. Private educational institutions Western International University and Apollo Group subsidiary University of Phoenix and have locations here.

Find Your Way Around Chandler